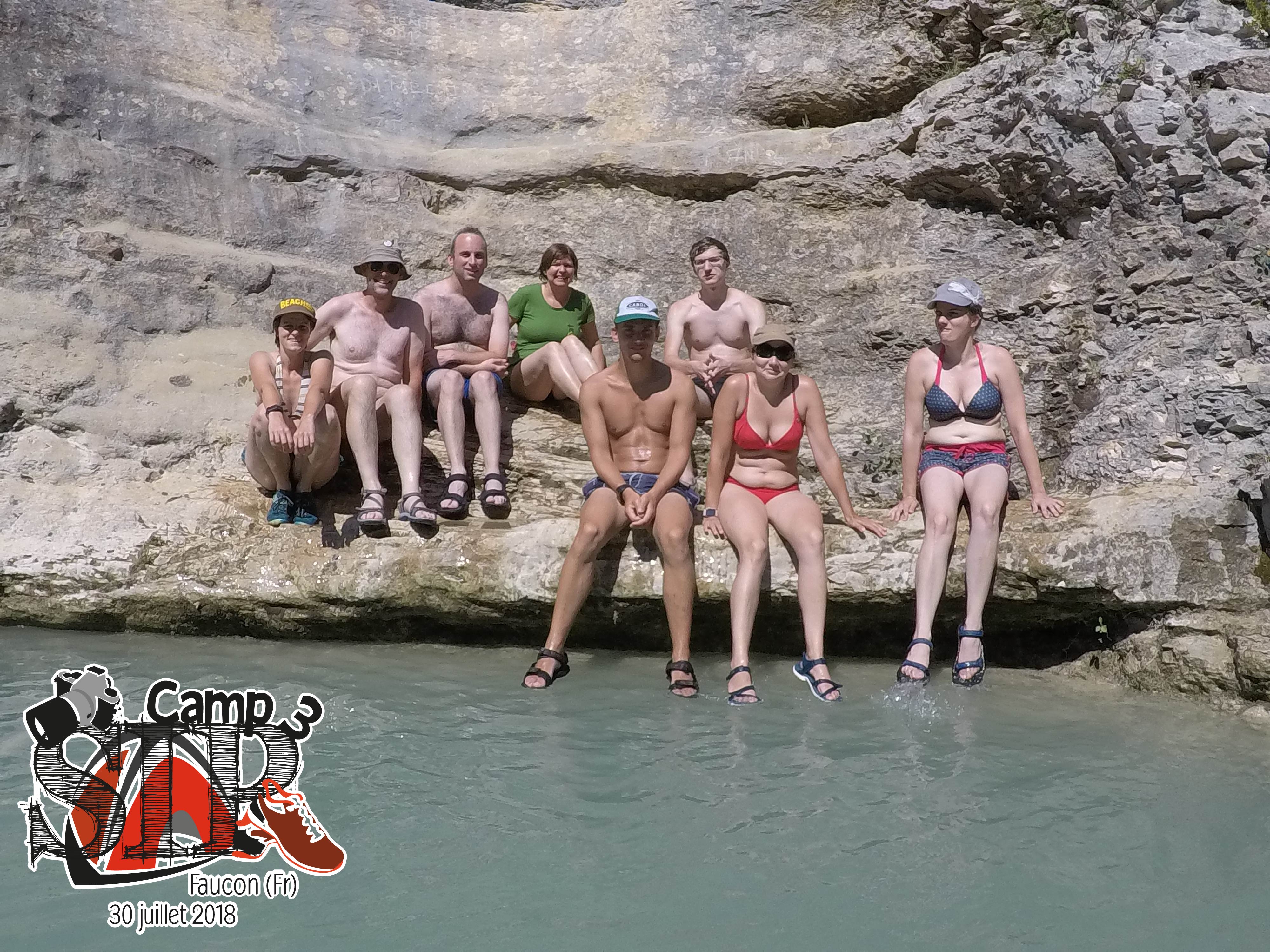 As soon as the 70th anniversary of Sport’nat® is over, it’s towards the second big event of this summer that all the energy is focused, the 3rd edition of SIP Camp.

This camp took place from 28/7 to 5/8 in Faucon (South of France), at the foot of Mont Ventoux, under a blazing sun but in the good mood and enthusiasm of the 12 participants (1/4 more than last year ) …

It was an opportunity to perfect the installation of the camp (which suddenly gets its second star!), And also to maintain and brush off all the terrain, thanks to the great spirit of this wonderful team, which delighted Bernadette and Charles! Thank you all!

But besides that, despite the scorching heat of this week (the hottest of all this summer!), The group savored the descent of the Gorges du Toulourenc, the climbing sessions (Via Ferrata in Buis-les-Barronies and the day of climbing at the Dentelles de Montmirail …), the afternoon “accrobranches” climbing in Nyons … Without forgetting the markets and the artisanal and gastronomic discoveries … and the swimming in rivers … Paradise, in one word (Although with a little less mosquitoes, it would be better !).

Also worthy of mention is a very interesting historical workshop on Hebertism, prepared by Aurore, based on 4 texts from various publications (journal articles, book extracts…) ; on the one hand, the life of Georges Hébert and his work, the Palestres (because yes, there were several … There was the summer Palestra, in the South, and the winter one in the North), an article on Carton and natural medicine, and one on the eruption of Mount Pelé in 1902 … A nice exchange around these (re) discoveries of these texts, which makes you want to plunge back into this prolix literature.

All information on this SIP Camp III, including the program (loaded but very varied) are available on this page.

Discover here the video and pictures :