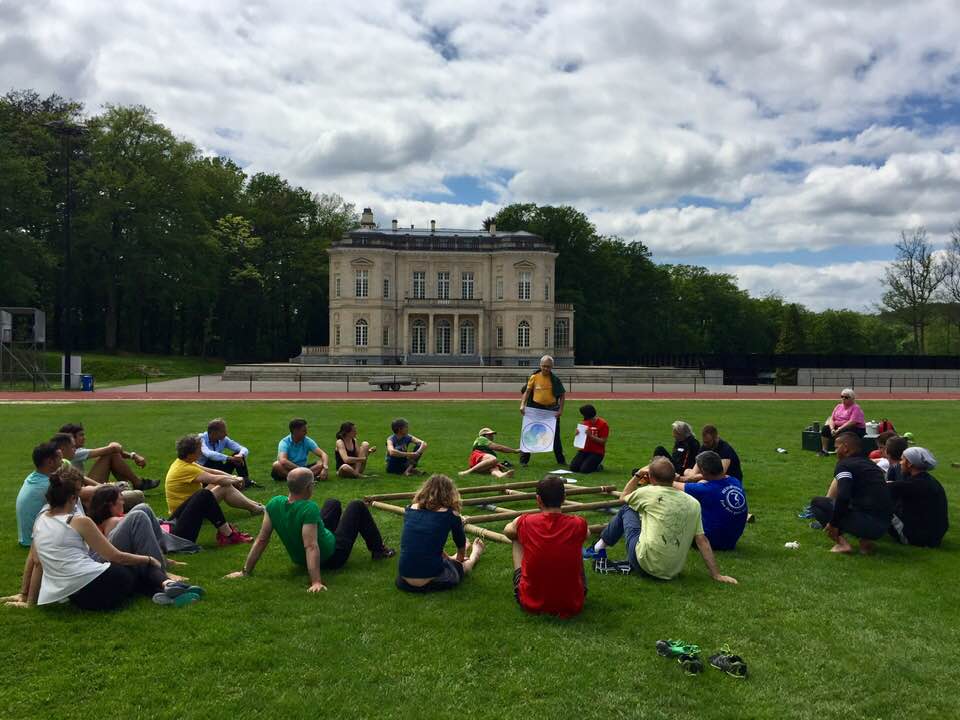 Next May 30th & 31st, 2019, taking benefit from the 10th Anniversary of the obstacles runway of Sport’nat® Esneux celebrated on June 1st and 2nd,  we invited everyone to join us of a two-days brainstorming seminar with intense reflexions.

« What does being Hebertist means in 2019 ? » : This question deserved a precise and collective treatment, and can not be resolve in a snap… Referring for example to the works of Hébert, or by mocking a little stupidly on practices “issues” of his work (paléofitness, movnat, parkour and other variants).

We thought it would be by responding in as much detail as possible that we would build a functional identity. That it would be by answering together that we will put ourselves in a position to take into account the richness of the practices of each of us.

Without trying to lock up each other in a doctrinal straitjacket that would impoverish our practices, we wanted to try to reach a “lowest common denominator” that would allow us to state clearly who we are, while leaving us free to experiment and to evolve the method, as Hébert wished it himself:

“If the doctrinal principle of the natural method: “to use the gestures which are those of our kind to acquire the complete physical development” remains intangible, on the other hand its application, that is to say the way of working or method of work is, as we have always pointed out, essentially perfectible by experience, observation, reasoned control of results.

Some work processes, pedagogical and technical, which were novelties at the beginning of the application of the natural method (sustained and continuous work, freedom of action, work only in flexibility, nudity, continuous alternation of efforts …) are now passed in the current domain and admitted as obvious. “

To feed the thought, we opened a call for contributions to anyone who has an answer to propose. These contributions, have enriched the group’s thought and make it possible to take into account the elements brought by eachone.

It is only logical that the Collective have been entrusted the final answer, which we hoped enlightening enough to be used by all, in all the countries where the “Méthode Naturelle” is practiced or will be.

The SeMeNEP pictures are posted in a Google shared album